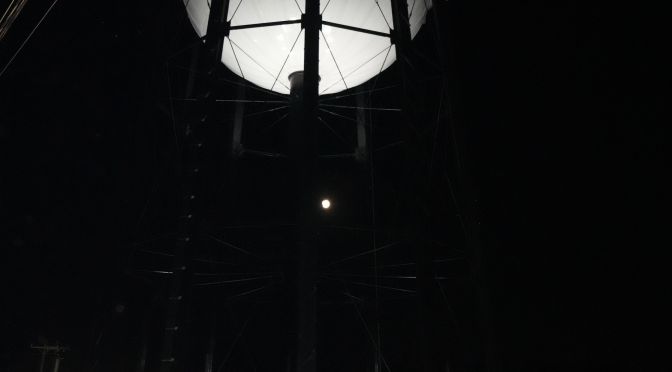 Considered a hallmark of water facilities of the 20th century and lauded for ingenuity in function and design, the Vest Water Station symbolizes over 100 years of water and urban development history in Charlotte. In 1990, Vest Water Station received designation as American Water Works Association Landmark and is also designated by the Charlotte Mecklenburg Historic Landmarks Commission as a Historic Landmark.

In 1911, Charlotte’s main water sources were private wells and local creeks. When a devastating drought dried up the creeks, Charlotte was forced to pay neighboring cities to haul water to the city. The drought was so significant that the city’s police were confiscating garden hoses from people’s yards. Newspapers as far north as New York City warned people to stay away from Charlotte and neighboring cities and placed ads in Charlotte newspapers talking about their clean, fresh water. While the drought eventually ended, it brought to light an area of concern for planners if Charlotte was to continue to develop into a larger city.

As a result, city officials rapidly pursued pumping water from the Catawba River and an extensive, state-of-the-art water treatment and storage facility at Vest Water Station. Around this time, Charlotte was the most populous city in North Carolina (around 50,000 people) and growing. If Charlotte didn’t have a secure water source, the city would not last not grow. This facility was the start of an extensive and innovative water system that continues to win awards today.

The main facility held laboratories, coagulation basins, filters, a capacity of 8.3 million gallons a day, and an elevated storage tank of 1 million gallons. By the late 1930s, capacity was reached, and expansions were completed after 1939. This expansion enabled the water treatment facility to meet the needs of Charlotte’s population of over 130,000.

Without this forethought into water supply and distribution, Charlotte would not have experienced the same degree of population and industrial growth throughout the early 20th century. A commitment to clean, drinkable water and state-of-the-art water infrastructure allowed Charlotte to boom throughout the following decades. The fire department worked closely with Charlotte Water to ensure the water infrastructure supported efficient firefighting. This led to a decrease in fire-related losses in Charlotte.

Due to its innovative design, the Vest Water Treatment Plant runs efficiently and is a major water source in the area. In evaluating locations for the new water plant, the Beatties Ford Road corridor location was chosen for several reasons. The land was at a higher elevation and close to existing water mains. It also was at a prime location to collect water from existing water sources. It was also, at the time, undeveloped. Rev. H.L. McCrorey owned the land and had planned to use it for future African-American-owned development. After a legal process, the City of Charlotte acquired the land from McCrorey Heights.

Due to the work of McCrorey Heights, their neighborhood has stayed well-preserved and intact. It looks remarkably like how it was in the 1950s when it became fully developed. Many civil rights leaders lived in the McCrorey Heights neighborhood and some of their descendants and family live there today. This neighborhood was and still is an influential hub of Black culture and leadership.

It is in collaboration with the McCrorey Heights neighborhood that Charlotte Water added lights to the Vest Station water tower earlier this month. With the community’s input, more than 70 LED lights were strategically installed and positioned across the tank walls and underbody to illuminate the tower for decades. Other improvements to the area will include an electric vehicle charging area and a bench seating and placemaking location.

Charlotte Water recognizes both the historic nature of the innovative Vest Station water tower and what it meant to the growth and development of Charlotte and this historic neighborhood that has been influential in Charlotte becoming what it is today.

In recognition of our past, we better understand the work that needs to be done in the future. It is only through collaboration that Charlotte can progress. We are grateful for the leadership of the McCrorey Heights neighborhood and their participation in this project. 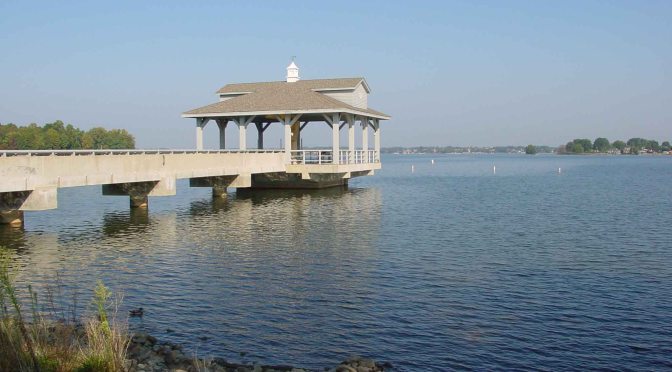 Twenty years ago North Mecklenburg County looked a lot different than it does today. Talk of toll roads and Whole Foods markets were not even on the radar. But Charlotte Water knew this region of the county was growing and with that came an increase in the need for water. At the time, all the water for the county was supplied by water from Mountain Island Lake, treated at Franklin and Vest and pumped up to residents in Northern Mecklenburg. With the addition of a new intake on Lake Norman at Blythe Landing and the treatment plant across the street, Charlotte Water could better serve the residents of north Mecklenburg with a closer water source.

Originally Lee Dukes, or North Mecklenburg Water Treatment Plant as it was once called, was built to be a community center in addition to a treatment plant. Unlike most treatment plants, the lobby area was designed to look aesthetically pleasing and shows off mosaics made by local children and artists and houses the extensive collection of woodcarvings made by Lee Dukes himself. Unfortunately due to increasing need for security after 9/11, community events in the facility had to be minimized. Though Blue Planet was not in the original plans, due to an EPA grant the environmental learning facility was built within Lee Dukes plant and served residents for ten years before being closed.

The plant opening was delayed a year due to difficulties installing the 60” diameter concrete pipe under Highway 73, this pipe connected the pump station at the lake to the treatment plant.

Currently, Lee Dukes treats about 18 million gallons a day but the land purchased by Charlotte Water in the mid 90’s has room for much more equipment that would increase the capacity of the plant significantly if needed. This treatment plant is in it for the long haul and will continue to play an integral role in the growth of Huntersville, Cornelius, and Davidson.

What do Rome, the Indus Valley civilizations and Charlotte have in common? They were all cities that thrived due to the installation of water and wastewater infrastructure. Without clean water to drink and sanitation systems, people fell prey to disease.

Before Irwin and Sugar Creek wastewater treatment plants (WWTP) were built, Charlotte residents dumped raw sewage directly into nearby creeks and streams. These practices were the root cause of outbreaks of cholera, typhoid, infectious hepatitis, and polio. In 1924, Sugar Creek Wastewater treatment plant was built on Little Sugar Creek and began partial treatment of wastewater. In 1927, Sugar Creek WWTP was expanded and Irwin Creek WWTP was built, and both were the first modern-style plants in the state. They used the highly-effective activated sludge treatment process to remove nutrients and organic materials from the wastewater before it was put back into the creeks and streams.

This technology allowed for an increased quality of life for the residents of Charlotte, less polluted waterways and supported the consistent economic and population growth of the Charlotte region.

Many sectors of the economy are reliant upon water, and any disruption of water/wastewater services can cost businesses a significant amount of revenue. Since 1927, Sugar and Irwin WWTP’s have been treating wastewater 24 hours a day, 7 days a week, and due to many plant expansions are now able to treat up to 20 and 15 million gallons, respectfully, of wastewater per day.

Protecting Charlotteans public health and waterways is something to celebrate. Sugar Creek and Irwin Creek Wastewater Treatment Plants do just that and are celebrating their 90th birthdays. When today’s Sugar Creek and Irwin Creek plants began construction in 1927, the plants were among the first modern-style plants in the state using the highly-effective activated sludge (microbiological) treatment process. The twin facilities — both located 6 miles outside the City limits at that time — were a modern marvel featured in the November 1928 edition of Public Works Magazine.

The activated sludge process removed nutrients and organic materials from the waterway. This development led to, arguably, the single most significant improvement in public health and environmental protection during the course of the century.

When they opened, both plants boasted a total treatment capacity of 6 million gallons per day (mgd) and an average flow of about half that amount.

Sugar & Irwin were not the original wastewater plants. In fact, Charlotte’s first recorded sewer system dates back to July 17, 1876, when a contract was awarded for the first sewer lines along Trade Street. In 1903, large sewer collection pipes (outfalls) were begun for the Sugar & Irwin creek basins. Sugar Creek WWTP has been at its existing site since 1924 and performed partial treatment of wastewater before it was put back into creeks and streams, but three years later, work began on new-and-improved plants utilizing activated sludge technology and fully treating the wastewater.

A conversation with Charlotte Water